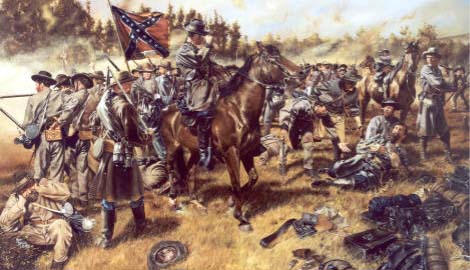 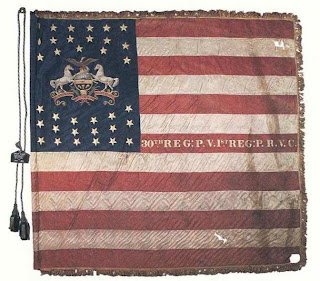 Just to the north of Turner's Gap, about a mile, is a gorge that is known as the Frostown Gap. This gap, like Fox's two miles south, would prove to be an avenue of approach for the attacking Union forces to outflank the Confederates defending Turner's. The job of capturing this gap would go to the Pennsylvania Reserve Division under the command of Brigadier General George G. Meade.

On the morning of September 14th, the First Corps, Major General Joseph Hooker commanding, was encamped near Frederick, Maryland. The Reserves were encamped along the banks of the Monocacy River and recieved orders early that morning to be prepared to march towards Middletown. At roughly 8 o'clock, the Meade's Pennsylvanian's were on the march towards Middletown and South Mountain.

The division arrived at Middletown between 11 and 12 o'clock and were given an hour long rest while the army commanders decided on the course of action to take. Fighting at Fox's Gap had been going on most of the morning and surely the Pennsylvanian's could hear the musketry and cannon fire up on the mountain. After the short break, the division, leading the 1st Corps, continued its march towards South Mountain. As it neared the small hamlet of Bolivar near the base of the mountain, the division filed to the right onto the Mount Tabor Road to get into position to turn the flank of the, believed, strong Confederate position at Turner's Gap. By three o'clock all was in position and ready for the advance.

The Frostown Gap is characterized by a very rock terrain, heavily wooded areas with patchs cleared for the purpose of farming, and parallel ridges that grow gradually steeper as one appoaches the crest of the mountain. The terrain would definately be an advantage to the defenders. As the First Corps arrived near the Mount Tabor Church, Meade's division was deployed to the right of the Old Hagerstown Road leading towards Frostown. Meade's division consisted of three brigades under the commands of Brigadier General Truman Seymour (1st, 2nd, 5th, 6th, and 13th PA Reserves), Colonel Albert L. Magilton (3rd, 4th, 7th, and 8th PA Reserves), and Colonel Thomas F. Gallagher (9th, 10th, 11th, and 12th PA Reserves). Supporting the division would be Battery B, 1st Pennsylvania Light Artillery under Captain James H. Cooper. The division was deployed with Seymour's Brigade to the right of a road that lead over the mountain and connecting with the National Pike at Zittlestown. Magilton's brigade was placed in the center and Gallagher's Brigade was would be positioned as the division's left flank.

Opposing Meade's division was the single Confederate brigade under Brigadier General Robert Rodes (3rd, 5th, 6th, 12th, and 26th Alabama) that numbered between 1,000 and 1,500 men. Rodes' brigade arrived at Turner's Gap around Noon on the 14th and was ordered to first hold the mountain spur that is immediately to the left of the National Pike at Turner's Gap. After holding this position under fire of Union artillery at Bolivar for nearly an hour, General D.H. Hill ordered Rodes' to move his brigade northward to the "north ridge" protecting the left flank of Hill's position on the mountain. Unfortunately, a sizeable gap was opened between Rode's right flank and Confederate positions at Turner's Gap. To cover this gap at the gorge between the spur and Rodes' new position, Rodes posted the 12th Alabama here. To cover the rest of his line, Rode's post the 6th Alabama on his left flank, the 5th will be next in line to the right, the 3rd will make up Rode's center, and the 26th will connect to the 12th regiment's left flank. Upon deploying his brigade, Rodes' could see the entire Union attacking column had been organized and was preparing to advance. He sent for reinforcements from General Hill and also requested artillery to be brought up. Rodes could see that he was heavily outnumber, "It was perfectly evident. . . that my force of about 1,200 muskets was opposed to one that outflanked mine on either side by at least a half a mile". Rode's has prepared that best he could, Meade's men are advancing. The hour was at hand.

Just before combat, an eerie silence falls over the battlefield where the two sides are to be engaged. The Confederates could see the lines of blue advancing towards them and even these veteran troops are uneasy. Suddenly a shot rings out on the left. The skirmishers from the 6th Alabama have fired the first shots of the battle into the ranks of the 13th PA Reserves under Colonel Hugh McNeil. The brief firefight was rather severe. McNeil ordered his regiment to double quick, pushing back the confederate skirmishers upon their main line. The 6th Alabama, under Colonel John Gordon, moved his regiment into position in the Widow Main's farm lane. To the right of Gordon's regiment, the 5th Alabama skirmishers had held up the advance of the 9th reserves before quickly retiring to the rear where they rejoined their regiment. The 3rd Alabama now joined in the fray when it unleashed a volley on the 11th reserves as the regiment came over a ridgeline to the regiments front hitting more than 30 enlisted men and half the regiments officers. The volley also hit Colonel Thomas Gallagher, leaving him with a severe wound to his right arm. Gallagher relinquished command to Lt. Colonel Robert Anderson. The 26th Alabama fired a volley into the ranks of the 12th Reserves halting thier advance. With Rodes' brigade now entirely engaged and his advance going slow, Meade ordered in more of his men.

The fight was quickly turning into a brawl. Rodes' men had halted the Union advance. The 6th Alabama had advanced against the 13th Reserves. Gordon's men unleashed a devastating volley into the Pennsylvanian's. The 2nd Reserves and 2 companies of the 1st reserves was ordered to support the 13th, who had by now taken heavy casualties. It was also at this time, that confederate artillery on the mountain spur began pouring fire into Seymour's brigade. The 6th Alabama fell back to the Main farm lane, its original position, as the left wing of the 5th Alabama poured a murderous fire into the left flank of Seymour's flank. With Gallagher's and Seymour's brigades heavily engaged against the balance of Rode's men, Magilton's brigade finally came into the fight. The skirmishers from the 12th Alabama, under Lieutenant Robert Park, engaged the skirmishers of the 8th Reserves. Derkness was falling and the Union lines appeared "like a flowing, black ribbon across the farmland in front of them". Park's skirmishers unleashed a volley into the 8th's skirmishers forcing them back to their regiment. Park immediately order his men to reload and the 8th now advanced in a solid formation. Again, Park ordered his skirmishers to fire when the Pennsylvanian's were at point-blank range. The Union men recoiled from the blast which took down over 30 men killed and wounded. Park order his men to fall back after this second volley and the 8th reserves pursued that Confederates, who fought stubbornly for every inch of ground. Eventually Park's brave band was forced to retreat and Park himself was captured.
For nearly an hour, Rodes' line was punished by sledgehammer blows from the Reserves but his line held. Now, the weight in numbers began to tell, Rodes' left flank began to crumble. The 11th and 12th Reserves were ordered into the fight, slamming into the 3rd and 26th Alabama regiments. The left wing of the 5th Alabama was driven back upon the skirmishers of the 6th Alabama by the 5th Reserves. The 6th was coming under heavy pressure from the 1st, 2nd, 6th, and 13th reserves. Rodes' line was being pushed back into the shape of an L. To the dismay of the Confederates, the right wing of the 5th Alabama was cutoff from the 3rd Alabama when the 10th Reserves pushed between the two regiments. The colonel of the 26th Alabama, Edward A. O'Neal, was wounded in his regiments fight with the 11th and 12th Reserves, causing the 26th to retire from the field. The Reserves of Magilton and the left of Gallegher's brigade charged into the Confederates, breaking their lines and forcing Rodes' to pull back the rest of his brigade for fear of being cutoff. Rodes' formed a new line on the ridgeline immediately to the left of Turner's Gap and with the arrival of Nathan 'Shanks' Evans brigade, Rodes could breathe easier.

Evan's brigade upon going into position, immediately counterattack into the reserves. The counterattack stopped the reserves for a short time and it became a slugging match between the South Carolinians and Pennsylvanians. Rising pressure against Evan's brigade eventually broke the back of the South Carolinian's sending them fleeing westward. With Evan's brigade broken, The reserves continued their advance against Rodes' men. Rodes had gone into line along a ridgeline that overlooked the Frosttown Gap. The Reserves attack relentlessly forcing some of Rodes' men to break and run. The only regiment that didn't break for the rear was the 6th Alabama. Gordon's men, despite suffering heavily, held the line despite being heavily outnumber. Eventually the pressure would prove to great and Gordon pulled his regiment out of line.

Darkness ended the fighting. Both sides had suffered heavily in the fight that lasted nearly two hours. Rode's brigade suffered 422 men killed, wounded, and missing and Evan's brigade tacked on another 200 casualties to the Confederate total. Union casualties totaled just over 400. The capture of Frostown had turned the northern flank of the Confederate position on South Mountain but with the lateness of the hour that the attack took place, full victory could not be achieved. The terrain and darkness played a big role in keeping the Reserves from puring across the pike and into Boonsboro, cutting off all Confederate forces on South Mountain from the only avenue of retreat. These men would lick their wounds and engage in an even bloodier fight three days later outside of Sharpsburg.
Posted by Tim Ware at Monday, November 29, 2010 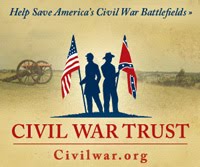 Tim Ware
I am a student of the Civil War. I've had an interest in studying this conflict since I was ten and my passion for it has just grown ever since. I want to bring to life the stories of those men who fought and bled so that this nation could experience a "new birth of freedom". I am a former NPS intern at South Mountain State Battlefield and also a former Historical Intepreter at Fort Frederick State Park.